Well my little one is already 6 and 1/2 months! I can’t believe it; he is growing so fast! The last time he was weighed, he was already 20 pounds! (which was about a month ago)  In comparison to other children he is about the size of a 12 month old. He has certainly inherited his daddy’s and mommy’s tall genes… 🙂

He has learned so many new things in the past two months, that I don’t think I could even recount everything. He has definitely become more mobile, rolling all over the place. The other day I placed him on a blanket on the floor to play. A few minutes later I come into the room, and to my surprise he was no-longer on the blanket. He had rolled partially under the couch!  He has also learned to pick himself up on his arms, and I have seen him bend his knees as if he is about to crawl, so I think that milestone will not be to far off.

At 5 and 1/2 months I started introducing solid foods, and boy does he have an appetite! He will pretty much eat anything you put in front of him.  He particularly loves pureed carrots, prunes and mango.  He wasn’t too enthusiastic about green beans however. He made the most hilarious faces with each spoonful. I find this pretty amusing since I’m not a huge fan of any type of bean myself. 🙂 He has also tried apple, pear, banana,  squash, sweet potatoes, pineapple, avocado, mashed potatoes, peas, red bell pepper, oranges, and even a bit of my mother’s golumpki’s.  He loves food! As soon as he sees his spoon, he opens his mouth soo wide, you could see the two little teeth that he sprouted about a week ago. 🙂 They are the cutest little bunny teeth I have ever seen! Today we went and purchased him a tooth brush. Also, today we tried some baby cereal puffs for the first time.  I was hoping he would feed himself.  I put some on his tray to see if he would be able to pick them up.  His attempt was very funny; the cereal went everywhere but his mouth.  Half of them ended up on the floor, and the other half underneath him.  I think a total of two puffs actually ended up in his mouth.  Good effort though! lol

My little one has also become very vocal… He does these funny squeaking/screeching sounds. One time my mom called and she thought there were parakeets in the background. Nope, just the baby having a grand-all-time! 🙂

My child is definitely a people person.  He is not afraid of crowds, and smiles at anyone who looks somewhat friendly.  I have a feeling he is going to be very social just like his daddy.  I’m more of the anti-social one in the family.  Give me a good book and I’m happy. As long as I have a close-knit family, I ask for nothing more. 🙂

Well I could probably think of million more things that my little darling has been doing, however I think I’ve gotten most of the major accomplishments. Thus, I will finish by saying that God has truly blessed me with my little boy.  He is the sunshine of my life, and I just can’t imagine life anymore without his silly little grin. He brings so much joy and happiness to our lives.  I will be eternally grateful to God for giving us such a precious gift. 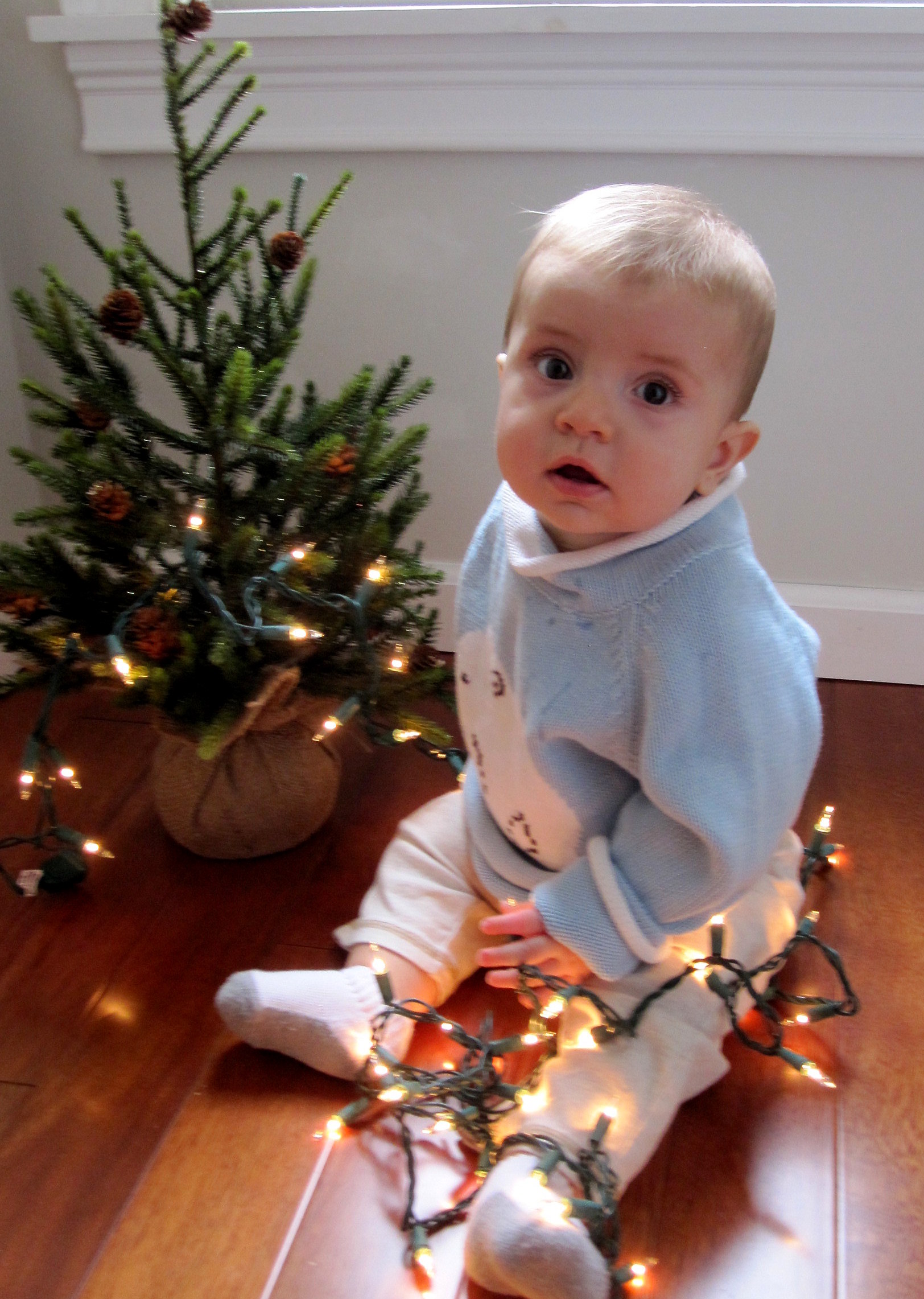